The technique [1] is the evolution of already known attack methods such us as Process Doppelgänging and Process Herpaderping, and could potentially allow malware writers to bypass antivirus security systems.

A process is a dynamic entity loaded into memory (RAM), identified by a unique code called PID (Process IDentifier).
Usually, on Windows systems each process is associated with an executable .exe file stored on the hard drive.

To start a new process, the operating system needs to make a series of steps using certain API interfaces:

Tampering with an executable before anti-malware products scans it would be possible during a timeframe between the time the process is created and the time when the security products they are "made aware" of its creation.

In fact, while Microsoft offers third-party security vendors the ability to register callbacks, they will not be invoked on processes creation, but only when the first threads within those processes will be created.

Process Ghosting, mainly based on Process Doppelgänging [2] and Process Herpaderping [3], allowing you to run a payload without the antivirus being able to detect it exploiting the fact that on the Windows operating system the executables can be modified or deleted only after the its binary has been mapped to an in-memory dump section.

With this technique, an attacker can write a piece of malware to disk in such a way that it’s difficult to scan or delete it — and where it then executes the deleted malware as though it were a regular file on disk. This technique does not involve code injection, process hollowing, or Transactional NTFS (TxF).

As mentioned before, the possibility of deleting a file on Windows systems is only allowed when the executable is mapped into a memory section.

This means that the Process Ghosting technique would succeed in its malicious intent using the following attack flow: 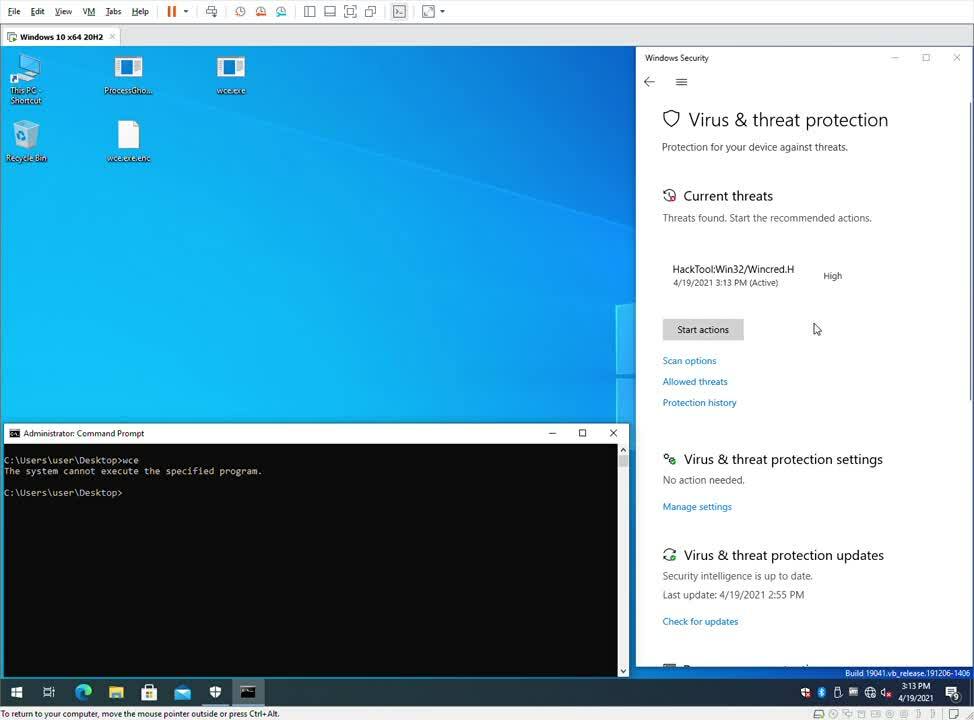 In a PoC video, researchers detailed a typical scenario where Windows Defender tries to open a malicious payload to scan it, but fails to do so because the file is in a deleted state at first and then fails to do so again since the file has already been deleted, allowing to run it.

Is there a patch?

Elastic Security reseacrher reported the problem to the Microsoft Security Response Center (MSRC), providing also the source code for the PoC. However, Microsoft have considered that the problem is not critical and the release of a patch is not essential.